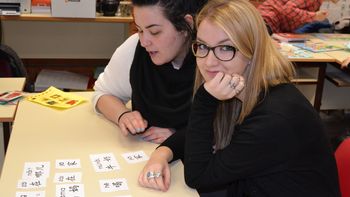 Centre for the Portuguese Language - Camões

The Center for the Portuguese Language was established by an agreement from October 2017 between the Embassy of Portugal, the Camois Institute and the Faculty of Philosophy. The agreement represents the continuation and improvement of the long and outstanding cooperation between the Faculty and the Embassy of Portugal. Based on the first agreement signed in 2011, the Portuguese language was introduced at the Faculty Center for Languages through facultative courses that were also available to general public; several few years later, Portuguese became one of the so-called compulsory elective courses for which students receive credits, which started alongside the general public courses still available at the Center for Languages.