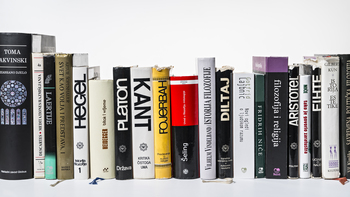 About the Department of Philosophy

The Department is involved in systematic study and research within projects approved by the Serbian Ministry of Science and Technological Development. The Department has so far completed three five-year-long scientific research projects which include Marxism and Modern Philosophy, The Problems of Modern Philosophy and Philosophical Transformations and Modern Society. In the 2005/2006 academic year, the Department also carried out the project The Place of Philosophy in Modern Society for the Provincial Secretariat for Science and Technological Development.

In 1995, the Department and the Cultural Centre of Novi Sad began collaboration with the Novi Sad Philosophical Debate which organises annual meetings of the country’s most distinguished philosophical thinkers.

At the initiative of the Department’s lecturers, the multidisciplinary convention Studies of Modern Time began in 1997 in association with the municipality of Šid. The first topic at the convention was The Modern Conception of Personality.