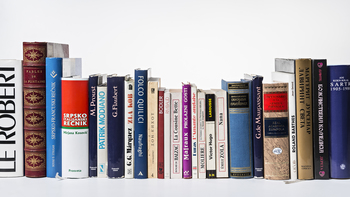 About the Department of Romance Studies

The Division of French Language and Literature was founded in 1961, and its continued work began in 1972 when a degree programme for French Language and Literature was added to the Statute of the Faculty of Philosophy. This addition was made with the approval of the Parliament of the Autonomous Province of Vojvodina, thereby ending a period which had been considered preparatory or experimental.

Ever since it was founded, the Department has been the leader in several important scientific projects. Many papers, monographs, MA and PhD theses were the result of research conducted within these projects. The numerous guest lectures given by our professors in France and those given by French professors at our Department, at various symposiums and other scientific gatherings, as well as the occasional exchange of lecturers, testify to an ongoing interaction in French-Serbian relations with the support of the French Cultural Centre in Belgrade.