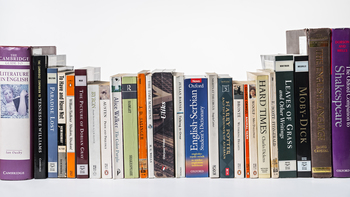 About the Department of English Studies

The Department of English Studies was founded as the Department of English Language Literature in 1954, the same year when the Faculty of Philosophy in Novi Sad was established and began operations. At this time, a four-year Bachelor’s degree programme was introduced and the teaching curriculum for these studies was conceived following the model and accomplishments of contemporary English studies. A new, reformed curriculum for the Bachelor’s degree was adopted in June 2003 and was applied to instruction starting from the 2003/2004 academic year. Further amendments to the curriculum were adopted in June 2005, making this the first English studies programme in the country to be reformed in accordance with the requirements of the Bologna Process. This was a response to the need for modernization of teaching practices and an adaptation to a new generation of students whose secondary education had, for pragmatic reasons, differed from the education of previous students. The Department also took into account the fact that these new students will be working in the 21st century. The aim was also to meet the requirements of the new Law on University which includes the basic postulates of the Bologna Declaration such as continuous assessment and students’ active role in the teaching process. Also addressed was the possibility for students to choose their own professional expertise, which appears in a diploma supplement, awarded after the completion of studies. There is also the possibility for students to obtain ECTS credits for the purpose of mobility during their studies.
In addition to its Master’s degree programme, the Department also intends to offer a PhD study programme. To date, 1240 students have received Bachelor’s degrees from the Department of English Language and Literature after completing four years of study.
The Department annually accepts applications for 70 places in the Bachelor’s degree programme and for 60 places in the Master’s degree programme which is divided into two modules: Language (30 students) and Literature (30 students).