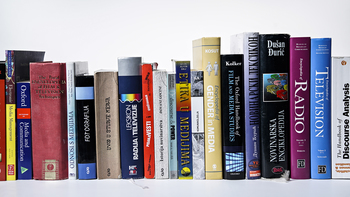 About the Department of Media Studies

Media studies at the Faculty of Philosophy are unique because classes are (partially) held in native languages for the students of the minority communities in Vojvodina (Hungarian, Slovak, Romanian, and Ruthenian). Students are given the opportunity to attend lectures in their native language – in Serbian, Hungarian, Slovak, Romanian, and Ruthenian. Classes in two foreign languages aim not only to further develop language skills, but also to help students achieve communicative competence according to the European Framework of Languages, as well as to introduce the cultures of those linguistic communities. General knowledge courses, which are partly adapted in order to meet the needs of the journalistic profession, educate students in different subjects in the humanities which are necessary for journalistic endeavours. The curriculum also contains elective courses, which help students acquire knowledge in different areas and master the skills required for working in the media.

The Department maintains excellent cooperation with similar departments of the universities in Szeged (Hungary), Timisoara (Romania), Sarajevo (Bosnia and Herzegovina), Skopje (Macedonia), Zagreb (Croatia), Ljubljana (Slovenia), Podgorica (Montenegro), as well as with the journalism departments of the Faculty of Political Sciences in Belgrade and Faculty of Philosophy in Niš.

In 2005-2009 period, the Department implemented the project The Role and Importance of Media Studies for Inter-regional Cooperation (funded by the provincial Secretariat for Science). This project served as basis for establishing cooperation with the Department for Media at the Faculty of Philosophy in Szeged. Since 2009 the Department has been organising international scientific conference The Bridges of Media Education. Conference presenters are international and domestic experts, researchers, representatives of academic community, and MA and PhD students in the area of media education, media and transitional justice. During 2010-2013 period the Department, in cooperation with the University in Fribourg, implemented two projects within the framework of The Regional Research Promotion Programme (RRPP). Since 2010, the Department has been implementing the project Digital media technologies, social and educational changes (funded by the Ministry of Science of the Republic of Serbia) together with six other faculties and the Radio-television of Vojvodina as a representative of media sector and direct beneficiary of the project related research results.

A large number of students of journalism and communication studies have received prizes for their media products and scientific papers on domestic and international competitions. Many of the Department’s graduate students are successful journalists not only in Vojvodina, but in the whole of Serbia and abroad.

The specificity of the Department is The International Festival of Short Radio and TV Forms of the Journalism Students “On the Record”, held since 2012. The aims of this unique festival are promotion of the development of high quality practical work with the journalism faculties, exchange of experiences and development of intercultural dialogue with the countries of the region. International jury, consisting of renowned journalists from the region, independently decides about the Festival prizes.

The Department has modern radio editing facilities and studio, units for digital TV editing and library with over 3,000 publications in Serbian and in foreign languages. The Department employees are five teachers and ten associates, most of which are experienced journalists, while some of them are still in the profession. Modern approach to teaching and research, good equipment, lecturers with journalistic and scientific experience are the characteristics of the Media studies recognised by the students.