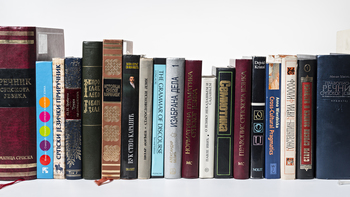 Department of Serbian Language and Linguistics

About the Department of Serbian Language and Linguistics

The Novi Sad Linguistic School is a centre whose hallmarks are academicians Pavle and Milka Ivić. The reputation and recognition of the Department has been further augmented by many others professors, among whom are two academicians, Milorad Radovanović and Jasmina Grković-Major.

In the academic 2002/2003 the Department founded the Centre for Serbian as a foreign language, which organizes classes throughout the academic year (https://srpski-strani.com/; https://www.letnjaskolasrpskopgjezika.com/).

Apart from teaching, scientific research work is also organized at the Department. The Department coordinated two projects funded by the Serbian Ministry of Education, Science and Technological Development: Standard Serbian Language: Syntactic, Semantic and Pragmatic Studies (2006–2019) and The History of the Serbian Language (2001–2019), which were highly ranked.

In 2004/2005, the Department was the coordinator of the project The Speech of Novi Sad, sponsored by the Provincial Secretariat for Higher Education and Scientific Research.

Currently the teachers and associates of the Department are involved in a number of different projects in Serbia and abroad.

Since 1965 the Department has published a journal of national importance Prilozi proučavanju jezika (Contributions to the Study of Language, category M52, https://ppj.ff.uns.ac.rs/index.php/ppj). In 2002 the series Lingvističke sveske (Linguistic Issues) was launched, with 10 books published so far.