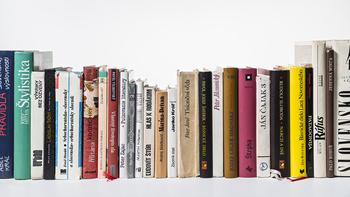 About the Department of Slovak Studies

Slovak Language and Literature Studies were established at the Faculty of Philosophy in 1961 and until 1968 were organized as a two-year degree programme. At that time the purpose of the department was to educate prospective elementary level teachers of Slovak language. Only in 1968 were the conditions met for the establishment of a full four-year study programme, and from then on students at the department have graduated as fully qualified instructors of the Slovak language.
Slovak studies initially developed within the joint Department of Eastern and Western Slavic Languages, which in 1972 was divided into the Department of Russian Language and Literature and the Department of Slovak Language and Literature. The next organizational unit that emerged during the period between 1975 and 1993 was the Institute for Slovak Studies, which became an inseparable unit of the Faculty of Philosophy in Novi Sad. The year 1975 was a turning point as it brought about the unification of teaching and research activities. Finally, in 1993 the institutes were renamed as departments.
In the 2006/2007 academic year, a reformed study structure in accordance with the Bologna Declaration was implemented which consisted of four- and five-year study programmes (4+1).
The education of highly qualified experts in the field of Slovak studies relies on formal curricula which have undergone numerous changes during the course of the past 45 years, yet they have always been based on the core developments in the Department’s main field of interest, which is the scientific study of Slovak Language and Literature. The Department of Slovak Studies at the Faculty of Philosophy in Novi Sad has become the most well-established Slovak research centre outside Slovakia. The Department fosters cooperation with similar institutions in Serbia as well as with university centres in Slovakia and with the Slovak Academy of Sciences. While maintaining an interest in research activities, top priority is given to providing the highest level of education to specialists among the local Slovak population who will contribute to the further development of Slovak studies.
Each year the Department of Slovak Studies accepts applications for 25 places in the Bachelor’s degree programme and 20 places in the Master’s degree programme.